YOUR PARTNER IN INTERNATIONAL LUMBER TRADE

"Four Generations in the Sawmilling Business" 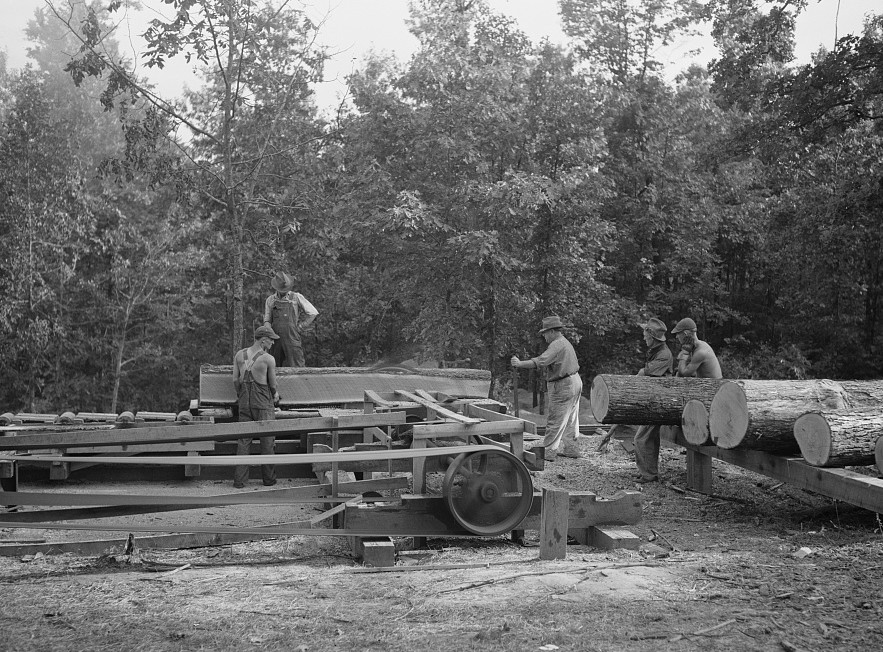 The Stimpson family has been part of the sawmilling business for over one hundred years. It all started in 1882 when Captain James Stimpson’s oldest son Billy laid the foundation for the family in Alabama. This was started in a hardwood mill, cutting primarily oak in 1900.

The early days in logging and sawmilling were done with oxen or mule teams. The equipment consisted of eight wheel wagons or two wheel carts. Some of these carts had wheels as tall as nine feet. They needed between six and ten ox teams, depending on the distance of the haul, to transport the logs to the mill.

In 1917, during the First World War, a new opportunity presented itself. The federal government was building wooden ships resulting in a large demand for hewn sawn oak timbers. In addition to this, the Stimpson’s furnished pine to the government to use as ballast in troop ships going to France and England.

During the following years the family was involved with sawmilling and forest land management through World War II.

In 1940, Gulf Lumber Company was formed. It operated under the leadership of Billy, Ben and Gordon Stimpson who passed on ownership to the next generation Ben Stimspon, Fred Stimpson, Sandy Stimpson and Mitch Shackleford.